Back to events
variety 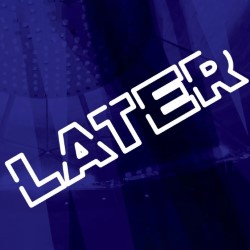 Later is our programme of late-night one-off performances from the hottest companies and artists at the Fringe. Pitch up to Roundabout for some new theatre, comedy, cabaret, music and loads more. Join us for a party into the wee hours! Acts will be announced on www.painesplough.com and Twitter @painesplough. 'Paines Plough’s Roundabout is the Edinburgh ‘bubble’ in microcosm.' (Stage).