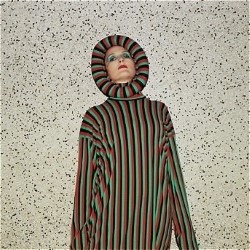 Cate Le Bon is a celebrated musician and producer who since 2009 has been a singular voice in the UK's musical community. Her new album Pompeii has been a huge critical success. The past few years have seen Le Bon emerge as a much lauded and sought-after collaborator, producing albums for contemporaries such as Deerhunter (Why Hasn't Everything Already Disappeared?), John Grant (Boy from Michigan) and forthcoming albums from both Devendra Banhart and H Hawkline.