Back to events
comedy, political - EdFringe 2022 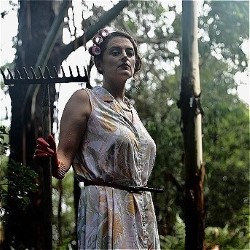 Writer, actor and theatre-maker, Alice Mary Cooper, presents new show The Bush, following the success of her previous solo work Waves, described by the Observer as 'a miniaturist gem'. In this one-woman performance, Alice recalls the inspiring true story of 13 1970's "housewives" who battled for 10 years to save bushland in their native Sydney – starting a nationwide movement of Green Bans, protecting land and the natural environment from destruction across Australia. A timely celebration of community environmental action that promises to entertain, encourage and empower.