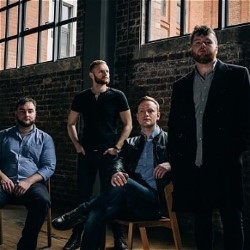 Rura, an award-winning act are one of Scotland's most popular folk-based bands. The quartet's fiery, rugged and progressive instrumentals on fiddle, pipes, flute, guitar, keyboards and bodhran has placed them at the forefront of 21st century Scottish folk. Rura celebrated their tenth anniversary in 2020 with the release of their live album, Live at the Old Fruitmarket – recorded in front of a capacity crowd in February 2020 at Glasgow's Celtic Connections festival. This followed three acclaimed studio releases – most recently In Praise of Home, inspired by themes of belonging, heritage and a sense of place.