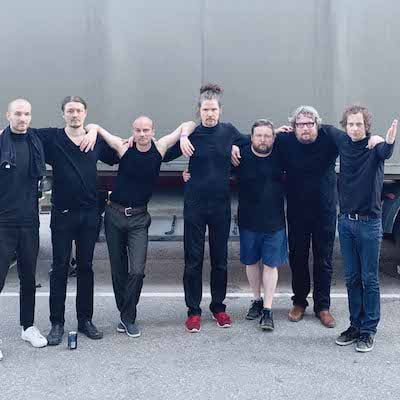 A Northumbrian singer/songwriter with a flair for shambolic psych-folk and exploratory rock, Richard Dawson became a fixture in the underground folk scene with his distinctive blend of traditional English folk music, Sacred Harp-kissed North Country blues, jazzy psych-folk, and progressive rock. He flirted with mainstream success on the acclaimed outings Nothing Important (2014) and Peasant (2017) and teamed up with Finnish experimental rockers on 2021's nature-themed art rock opus Henki.

Aptly named, Finland's Circle emerged in the early 1990s with an elliptical approach to experimental rock. Combining ambient, jazz, psychedelia, Krautrock, heavy metal, new wave, progressive, and post-rock, the group's mercurial sound is similar to English and U.S. post-rock and electronics-fueled instrumental acts such as , , Trans-Am, and , but has remained wildly idiosyncratic over the decades.