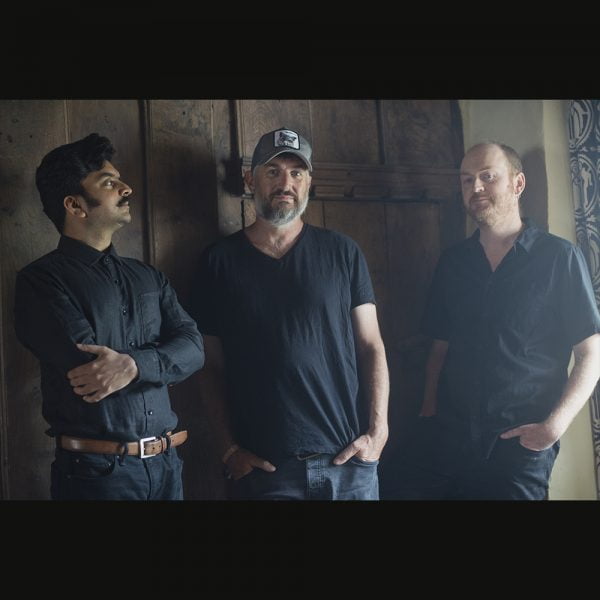 PLEASE NOTE - THIS EVENT HAS BEEN MOVED TO THE MAIN HALL.

Since 2016, James Yorkston (one of the most "influential singer/songwriters on the Scottish folk scene", Jon Thorne, best known as jazz double bass player with electro outfit Lamb, and Suhail Yusuf Khan have been exploring the crossover worlds of Indian Classical, Jazz and Folk music. They have released three albums worldwide on Domino Records and toured Europe and India, with Rolling Stone calling their 2017 Neuk Wight Dehli All-Stars a "game-changing masterpiece". Their 2020 album Navarsa: NineEmotions was the Guardian newspaper's "Folk Album of the Year."

Ever moving forward, James and Jon have now teamed up with Ranjana Ghatak. Ranjana studied under the guiance of Meastro Pandit Ajoy Chakabarty and is hugely experiened in the classical and devotional Hindustani vocal traditions, as well as being a player of Harmonium and Tanpura. Expect new pieces exploring the beauty of sacred vocal music, and established work from the first three Yorkston/Throne/Khan albums, all played with a new flavour and excitement, as the sounds of this new trio are explored.